Top 5 Women of Game of Thrones

Two years ago, I wrote a piece where I listed the female characters in film, television, and video games I admired and wanted to be more like. I included two characters from Game of Thrones on my list – Arya Stark and Lady Lyanna Mormont – but in rewatching the entire series in preparation for Season 8, and evolving over the last two years, I’ve grown to appreciate more characters from the show. Not only has my list of favorite GoT ladies changed, but the qualities that I admire in each have changed. These are my Top 5 most admired women from Game of Thrones. 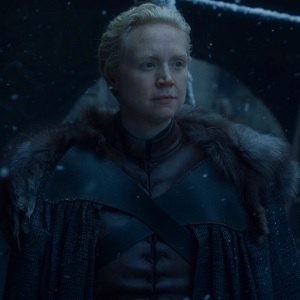 I put Brienne first on this list because out of all of the characters on Game of Thrones, I relate the most to her. Brienne’s fighting ability is, of course, awesome, but I am not a fighter nor do I want to be one. What I relate to is Brienne’s history and place in the world: Brienne is an outsider. She doesn’t fit into the mold society thinks she should be in – she isn’t traditionally feminine, she’s taller than most people, she’s a fighter, she isn’t beautiful – and for this she is insulted by almost everyone. Yet she perseveres. She does her own thing regardless of the insults hurled her way. She fully embraces what makes her an outsider.

However, there is a sadness there. Brienne has been insulted so many times for the way she looks that she thinks no man would ever be attracted to her, and that if any man did show interest then he must be lying. The one thing Brienne wants most in the world is to be respected for who she is and what she had worked hard for. This is why I love the Brienne/Tormund relationship: Tormund is attracted to Brienne because she is a fighter and is tall and strong. Tormund sees Brienne for everything she is an loves her for it. Brienne clearly wasn’t into it, and the show probably won’t have time to develop the relationship even if they wanted to, but I want that for her, because I want that for myself.

Sansa tends to get quite a bit of hate from the GoT fandom, and I’ve never quite understood why, because to me Sansa’s transformation from childish brat to Lady of Winterfell is why I love her character and why she’s number 2 on my favorites list. Sansa represents something so different to every other female character on Game of Thrones: Sansa is feminine. Sansa represents characteristics that are traditionally seen as feminine – she isn’t a fighter, she sows, she cares about her clothes and hair, she wants to marry and have babies, and she’s pretty but isn’t sexual – whereas almost every other female character is, in some way, not traditionally feminine. Daenerys, Cersei, and Margaery are outwardly sexual; Arya, Brienne, and Meera are fighters; Olenna and Lyanna Mormont are the queens of shade; and there are so many others who exhibit some quality that is not traditionally thought of as feminine. Not that female characters having not traditionally feminine qualities is a negative – I love many of those characters I just listed – but Sansa is unique in the world of GoT. Sansa is feminine and very much a “damsel in distress” at times, but she also shows a cunning and wit, and picks up qualities from those around her to use to her advantage later. Sansa’s ability to learn from those around her, and to go through hell and back, to become a leader in her own right while keeping her femininity is my favorite character development on the show.

Sansa is, in a way, more relatable than any other character on GoT because she isn’t a skilled fighter destined to save the world while riding dragons. Sansa is just a human. She’s a human who learns from those around her and takes their best qualities while staying true to herself and not succumbing to their worst tendencies (except for that whole killing Ramsey thing, but I can let that slide because, girl, same). 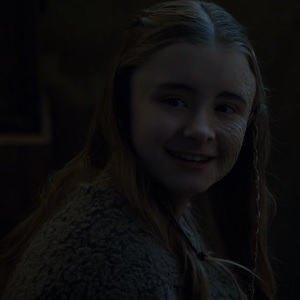 Shireen Baratheon is the only woman on this list who isn’t still alive as of the end of Season 7, but Shireen is an underrated character and well worth a spot in my top 5 favorites list. Shireen is a young teenager, but is quite intelligent – she knows how to read, she loves books and knows more about the history of Westeros than most people, and she teaches Davos and Gilly to read. She grew us with scars on her face from suffering Greyscale as a child, with a father who was distant, and with a mother who was cruel toward her, yet she is never negative. She never resents her life or thinks negatively about herself; she is always positive. Her positivity in the face of what can’t have been a positive childhood is admirable.

Shireen’s story not only shows that one doesn’t have to let the cruelty one has suffered determine what one projects out into the world, but shows that one can be a hero without wielding a sword. Shireen is an unsung hero in her own right because if it weren’t for her teaching Davos and Gilly how to read then Davos wouldn’t be able to assist Jon, and Sam and Bran wouldn’t know that Rhaegar Targaryen and Lyanna Stark were married and Jon is a legitimate heir (because Gilly totally found that information, even though Sam took credit for it). 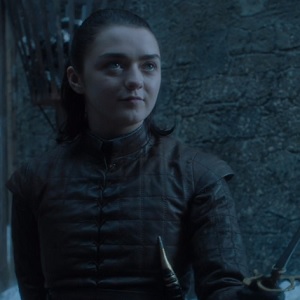 Arya Stark is a conundrum for me now. I used to adore Arya, and I do still like her, but I’ve come to realize Arya’s flaws (especially through season 7 of the show). Arya is unapologetic in her desires and her actions, and I admire her for that. I want that for myself. But what is correct for Arya, isn’t what is correct for me. Arya’s choices in becoming a Faceless Man are correct for her character, but, in terms of what I want for myself, her obsession with revenge and her inability to recognize what Sansa went through (granted, Arya did correct this at the end of season 7) are flaws.

It’s here when I need to pull out my inner Sansa, and learn from the best qualities of Arya without taking her negative tendencies. Arya is still an admirable character: being true to her desires and leaning in to what makes her different to define her own life. 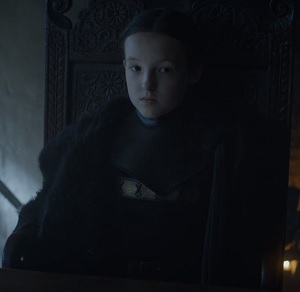 Lady Lyanna Mormont is The Best, but she’s been so underutilized on the show that I can’t put her any higher on this list – she’s only has a few speaking scenes in the five episodes she’s in. Lyanna Mormont may only be 10 years old, but she has the confidence of a seasoned leader: she speaks her mind and holds her own in conversation; she shames a room full of grown men for being cowards; and she argues for gender equality in training to fight the White Walkers. I need lessons from Lyanna Mormont in learning how to be confident.

While there are many other characters I like on Game of Thrones, and many other women I think are great – Meera Reed, Margaery and Olenna Tyrell – these are the top five whom I like the most and who have qualities I want to translate into my own life.

One thought on “Top 5 Women of Game of Thrones”