After giving it more thought, and consuming more media, I’ve come up with a list of seven female characters from film, TV, and video games I like the most. I’ve analyzed why I like these seven characters, and have realized they all share common traits.

If there is one word to describe all of the female characters I really like, it’s capable. All of my favorite female characters are very capable: physically, mentally, and emotionally. They are physically strong enough to take care of themselves, are very intelligent, and don’t let their emotions get the better of them.

The character of Lara Croft from the video game Tomb Raider (2013)* is my most favorite female character from any media as of right now. She is everything that I want in a female character: she is very intelligent, knows a lot about history and archaeology, and is good at problem solving; she is physically able to take care of herself, and develops her physical strength and skills as the game progresses; she doesn’t shy away from the fact that she has emotions, but she doesn’t let her emotions control her, and she makes decisions based on logic rather than purely on emotion; and she never gives up, she has a good attitude, and perseveres through everything thrown at her.

Overall, in terms of storytelling, Lara Croft has a great character arc. She progresses and develops skills throughout the game. That is incredibly appealing to me, not only as a writer, but as someone who will need to learn and progress to become the person I want to be. So not only is Lara Croft a great character with many traits I admire, she also has an inspiring story of change and progression.

* Specifically the 2013 reboot game, not any of the previous incarnations of the Lara Croft character.

I’ve talked about the character Mulan from the Disney movie Mulan (1998) before, when I wrote about how she is the best character in the Disney pantheon. I gushed then about how strong of a character she is, both physically and emotionally, and how great a character arc she had. And I am going to continue to gush now.

Not only is Mulan physically capable, having developed fighting skills during her time in the army, but she is mentally capable, in that she solves problems using logic, and defeats the villain by out-smarting him rather than out-powering him. Mulan’s emotions are what spur her to action, but it is her intelligence on which she bases her decisions. And like Lara Croft, Mulan grows both physically and mentally throughout her journey. That growth is very relatable, which is why Mulan is my second favorite female character.

3) Arya Stark from Game of Thrones

Arya Stark from the TV show Game of Thrones is one of my favorite female characters. From the second scene she’s in, she proves that she is the best character on the show. Arya does what she wants and is who she wants to be – she doesn’t let her circumstances or the social norms of the world in which she lives define her. She defines herself.

Arya is still a child, and throughout the first several seasons she needs to be protected by various people from various enemies because of her small stature and inexperience. But she is physically capable for her age, and develops her physical capability over time. She’s able to use a bow, a sword, and she’s able to kill people to defend herself or for revenge.

Mentally, she is also very capable. She is able to learn new skills, and make her way in the world. And she can outsmart various enemies. Emotionally, she cares for the people she cares for and hates the people she hates, but she thinks through her choices and doesn’t make stupid decisions.

4) Ellie from The Last of Us

The character of Ellie from the video game The Last of Us (2013) is a 14-year-old girl, and is not as physically strong as the adult male she is traveling with, Joel. For most of the game, Joel is the one who does most of the physical fighting, but Ellie is physically strong in her own way, appropriate to her age and size. She is also intelligent and keeps her emotions in check, but more than anything the appeal of Ellie is her attitude. Ellie gives no shits and takes no prisoners. She does what she wants, says what she wants, and doesn’t let anyone stop her. You know exactly what you’re getting with Ellie when she stabs the guard in the leg toward the beginning of the game, and from there she doesn’t disappoint. She’s an awesome character.

5) Emma Swan from Once Upon a Time

There are a lot of female characters on the television show Once Upon a Time, with varying degrees of capability, but the only character truly worth mentioning, for me, is Emma Swan. Emma is mentally capable – she’s intelligent in that she can out-smart her opponents and problem solve – and is physically capable – she can fight the various people and creatures she encounters.

She tends to be more emotional than Lara Croft, Mulan, Arya, or Ellie, which is why she ranks lower on my list than they do, and Emma makes some really dumb decisions sometimes because of it. But overall, Emma has qualities that I admire, and I like her journey throughout the series. Of the seven women on this list, Emma is the one I most relate to currently, which is why I connected to her more than other characters on that show.

Ilsa Faust from Mission Impossible: Rogue Nation (2015) is, surprisingly, a great character. The Mission Impossible franchise is not known for its well-defined female characters, but Ilsa is one. I love that Ilsa has her own storyline, her own goals that she works throughout the film to achieve, and she continues to pursue her own goals even after meeting Ethan Hunt. Ilsa is determined, which is a quality I admire.

Ilsa is also very capable physically, but she has her own fighting style that is correct for a woman – she uses her legs a lot, which makes sense since the legs are usually the strongest part of a woman’s body. Since Ilsa is not the protagonist, she doesn’t get to stretch the limits of her mental capability, although her intelligence is present, but she most definitely is emotionally capable. Rarely does she let her emotions control her actions.

Ilsa also has great clothes, which is a quality that is most definitely on the lower end of the importance spectrum, but it is something I like about Ilsa.

The character of Felicity Smoak on the television show Arrow is last on this list not because I like her less, but because she is the least capable of the seven. She may possibly be the most capable mentally – in that she is incredibly intelligent about programming and electronics – but she is the least capable physically – Felicity gets captured many, many times on the show and relies on other people to save her. In addition, Felicity gets very emotional and makes some annoyingly stupid decisions – in fact, she’s near constantly basing her decisions on her emotions rather than her logic. Felicity is one of the best parts of Arrow, but in terms of female characters I like, only her intelligence is truly worth mentioning.

Special Mention: Lady Lyanna Mormont from Games of Thrones. Lady Mormont is a 10-year-old girl who knows her mind and speaks with confidence, doesn’t let the adults talk down to her, and delivers the best shade on the show (“Lady Sansa is a Bolton. Or is she a Lannister? I’ve heard conflicting reports.”). Any 10-year-old girl who can stand up and shame a room full of grown men for being cowards is a badass. Lady Mormont is the baddest badass who ever badassed. The only reason she isn’t on the official list – and at number 1 – is because she’s only had two speaking scenes on the show so far. I don’t know what her story will be or where her character will go, but I hope GoT gives her lots of screentime in season 7, because she’s the BEST.

3 thoughts on “Female characters I want to be more like” 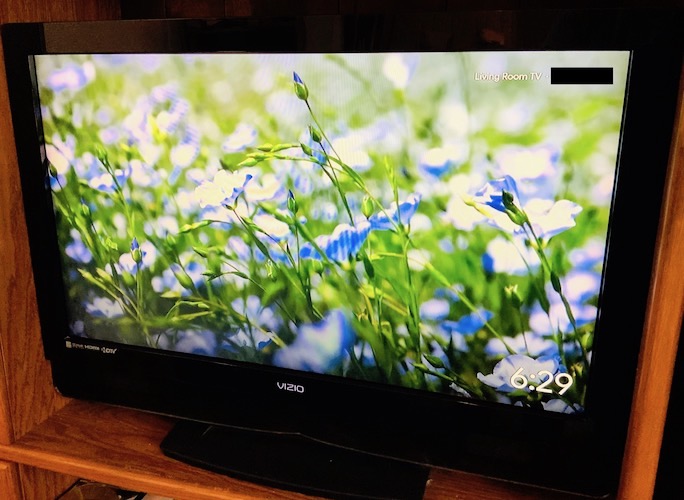